PUTTING THE HORSE BEFORE THE CART

AN INTRODUCTION TO INSURANCE IN AFGHANISTAN

Insurance is the management of risk by sharing it with someone else – generally an insurance company. It is a major industry in all developed economies. It provides skilled employment, generates a substantial part of GDP (in the UK over 10%) and, most importantly, reduces the noncommercial risk for businesses and individuals as well as (life insurance) providing vital long term financial planning products. It is an essential and intrinsic part of a modern economy. It is also a very unusual industry.

Insurance is part of an economy known as the “Invisibles” because almost all of the time it has no physical existence, apart from large office buildings. The real benefits of insurance have been available to the public, business, government and NGO sectors in Afghanistan for many years now, but it remains an industry in its infancy. So we know that insurance is important to an economy, but what exactly is insurance?

An insured individual, company, NGO or even government decides that certain risks are too big to bear. For example, a company may have one large building. If that was severely damaged in an earthquake, the consequences would just be too much for that company to survive. It would have the cost of rebuilding as well as being unable to trade for months or even years whilst the reconstruction took place. The business would fail and its shareholders and workforce would suffer considerably.

Insurance comes in handy when there’s serious damage to a person’s life or business. Two simple cases that affect people in Afghanistan daily are: a vehicle is totally damaged in an accident or a family member suddenly needs medical treatment, probably including surgery. Let us assume each could cost USD 10,000. Even if your household income is USD 750 per month, that would be a lot to bear and may be simply impossible. It might also be the case where a company’s large five-million-dollar building gets damaged in an insurgency attack, which is more likely than an earthquake. The recent fire in Zadran market in Kabul is a typical case of businesses bearing huge losses due to leaving their premises and goods uninsured. In all these cases and many more, insurance is available so that, in return for a small payment, or premium, the insurance company will solve your problem: replace the destroyed car, pay for the operation or pay for the reconstruction of the building.

Insurance is an unusual thing; many people who buy it will not benefit from it in direct financial terms. Otherwise, insurance companies would not be able to pay the claims. In a company’s health insurance scheme, there will be some claims every year and everyone will know someone who has benefitted. On the contrary, if insuring against earthquake, it could take many years before anyone makes a claim. But it could be the case where a large number of people get affected tomorrow. For example, in September 2017 in Mexico, two earthquakes caused thousands of deaths and injuries and billions of dollars in damage. Strangely, this was exactly 32 years after another substantial and damaging earthquake hit Mexico. Insurance is a very important industry in highly developed economies. In 2015, the insurance industries of North America and Europe contributed 6.4% and 6.9% respectively to the regional GDP. These industries are also important employers. For example, Allianz is a global insurance group that employs over 140,000 people. Insurers are very big users of technology and have a great demand for highly skilled workers as well.

What is the essence of Insurance?

Lloyd’s of London, with whom ICA regularly shares its risks through reinsurance, has the exemplary record of having paid every legitimate claim in over 325 years of history. The important point here is the word “legitimate”: an insurance company will only pay losses within the terms of the policy and still will not pay if the insured has deliberately acted to defraud its insurer or made false statements about the risk.

3 MUST KNOWS ABOUT INSURANCE

1) It is not a savings bank. Just because you haven’t had a claim for ten years doesn’t mean that you should have some or all of your premiums back. You have had the protection that has enabled you to plan your business and life. Other policyholders will have had claims arising out of unforeseen events, where the insurance company has put them back in the position they were before the loss (by paying for a replacement vehicle, for example).

2) Policies do differ. You need to look at the precise terms of the policy. A USD 15,000 limit for Third Party Liability will of course cost less than a USD 250,000 limit, but what if somebody claims USD 50,000 against you?

3) Cheapest isn’t necessarily best. A more complex issue is a company’s ability to pay. A low premium may be indicative of a very big deductible or perhaps buying reinsurance from less financially secure reinsurers. Or, indeed, no reinsurance at all. Particularly, use an Afghan registered and authorised insurer. Since 2011, it has been the law in Afghanistan that Afghan risks must be insured with Afghan insurers of which there are presently four. 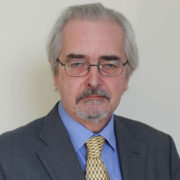 Chief Underwriting Officer | Insurance Corporation of Afghanistan. Richard moved to Afghanistan in September 2017, having been appointed to his present role in April of this year. He has over forty years’ of experience in the international (re)insurance market, including two CEO appointments of regulated (UK based) risk carriers. He is a Fellow of both the Royal Society of Arts and the Royal Statistical Society and holds a First Class Honours Degree in Mathematics and Statistics from London University.