The Secret to MOBY Group’s Success

Yes, Afghanistan does have more than 300 sunny days. However, it doesn’t mean that the distribution is equal in every province. For example, Kabul does not have 300 days of clear sky with the sun shining, but rather 20% of it is comprised of partially cloudy days. Let’s take a look at the data for Kabul in Afghanistan (Figure1) and Berlin in Germany (Figure 2).

Both figure 1 and 2 show how different Kabul and Berlin are in terms of sunny days. For a simple comparison, let us take a look at table 1 (Below).

It is evident from table 1 that Kabul has 175% more sunny hours on average compared to Berlin. Therefore, in terms of sunny days and hours Kabul is in good standing.

You might be thinking as to why Berlin is being compared with Kabul and if you haven’t, please think about it now…

Berlin in Germany is discussed here because the country is one of the frontrunners in utilizing renewable energy especially solar for energy production. If Kabul has more sunny days compared to Germany, why doesn’t Afghanistan invest in utilizing the abundant solar energy in the country?

The first issue has to do with planning. For so long, Ministry of Energy and Water (MEW) did not have any allocation for renewable energy to feed into the electrical grid of Afghanistan. The good news is that a considerable amount of renewable energy contribution is part of MEW’s strategic master plan for Afghanistan’s power system.

According to Renewable Energy Roadmap (RER 2032), it is anticipated that by year 2032 Afghanistan will have 5000 Megawatts (MW) from renewable energy sources which will account for 95% of electricity supply for that year. The plan is very ambitious, yet possible to achieve. Meanwhile, 500 MW of renewable energy projects will be implemented by 2021.

Ministry of Energy and Water (MEW) and Da Afghanistan Breshna Sherkat (DABS) are implementing relevant initiatives, such as Herat and Kandahar 10 MW solar projects, to achieve these goals.

Renewable energy projects are expensive and require huge amounts of investment. However, low operational and maintenance cost, make renewable energy profitable in the long-run. It’s a challenge that Afghanistan’s government cannot fund all renewable energy projects on its own. To resolve funding issues, Ministry of Rural Rehabilitation and Development (MRRD), MEW, and DABS are working closely with donor agencies to finance these projects. It’s exciting that our government has initiated Public Private Partnership (PPP) programs to engage the private sector in implementation of mega solar projects. The Kandahar 10 MW solar power plant is one of the first examples of PPPs between DABS and a private firm.

Renewable energy is a new phenomenon in Afghanistan as such, there are no specific laws and regulations for this sector. The government should introduce more laws and policies because without them neither the government itself nor the private sector will venture to capitalize on the potential of renewable energy in the country.

New Power Purchase Agreements (PPAs) should be prepared and approved so that financial institutions i.e. banks and Afghan and foreign investors have the confidence that MEW will purchase the power generated from renewable energy at a reasonable price. Approval of these PPAs will attract the private sector to invest in the renewable energy sector of Afghanistan.

Also, quality control of imported goods is a very big concern. For example, the cost of one kW of solar panels can vary from $250 to $1500 in Kabul. Investing in low-quality renewable energy equipment is not profitable neither in the short- nor in the long-run. To build a strong foundation, the government must have restricted quality control on imported goods related to renewable energy.

Germany is very successful at making the most out of their investment in renewable energy because they have adopted Feed-in Electricity Tariffs as a policy. This mechanism guarantees that the government shall buy the electricity produced by renewable energy sources of households either at a retail or wholesale price. We should take Germany as an inspiration, however, we should be practical about policies that can work in the context of Afghanistan. For example, the current electricity system of Afghanistan does not have one grid that includes all power sources.

The currently installed electrical equipment are not capable of supporting backfeeding from customers. The realistic approach would be to either subsidize or promote the use of electrical devices or appliances that are compatible with power from renewable energy sources. For example, water boilers in Kabul are one of the most power consuming appliances. If the government subsidizes and encourages the use of solar water boilers, it will decrease the reliance on the main electrical grid in Kabul, especially during winter.

People of Afghanistan have gone through a long period of war. When it comes to renewable energy, most people see adopting renewable energy as a cost rather than an investment. Education and building mindsets should become a top priority for MEW and DABS in order to encourage more extensive use of renewable energy at home and in business.

The immediate steps the government should take to foster investment in renewable energy are to plan strategically and practically, allocate funds, refine laws and regulations, educate people, and design incentive programs for stakeholders in this sector. This will aid the government towards achieving their goal of feeding 95% of Afghanistan electricity system by 2032 from renewable energy sources. 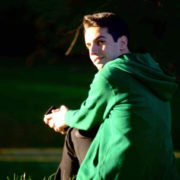 Graduated from Worcester Polytechnic Institute with a master's degree in Power and Energy systems. He is currently working as Sustainable Energy adviser to the Mayor of Kabul. He is also working as an Assistant Professor in Engineering School of Kabul University. 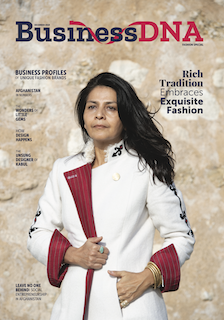 Story Of The 300 Dollar Entrepreneur From Afghanistan